About the publications : In February 1994, India’s global newspaper, The Asian Age, was launched simultaneously from Delhi, Mumbai and London. Today, it has editions in Delhi, Mumbai, Kolkata and London. It has come a long way since its inception, and has already established itself within the competitive environment of Indian media as a daily to reckon with. It is, also the only Indian newspaper with an international edition (London).

Filmmaker Shwetaabh Singh is in awe of Ayushmann’s poem on decoding the gentleman. 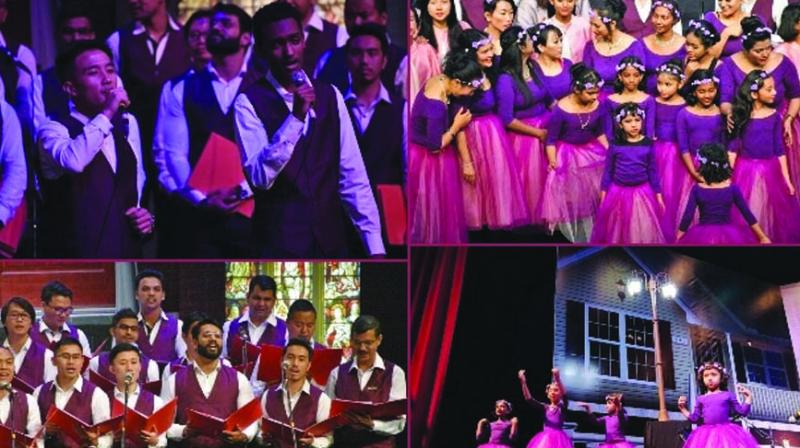 Ladies and gentlemen! Who are the gentlemen? Are they the ones dressed in slim-fit tuxedos and shoes shining bright, or are they the men who rescue everyone from all the gundas? The answer is — we beg your pardon — none of the above.

Ever since donkey’s years and certain films in the showbiz world, society expects, ‘men to be men’ and believes that ‘ladke nahi rote’ and (in an Amitabh Bachchan voiceover) ‘mard ko kabhi dard nahi hota’. But in a time where stereotypes and clichés are being kicked to the curb, Ayushmann Khurrana’s latest poem Decode the Modern Gentleman comes like a wrecking ball. To give you a glimpse, here is a excerpt from the poem: “What makes a true gentleman? / Is it his suit and his tie? / Or the fact that he isn’t afraid to cry? / Is it the way he shoulders tradition? / Or the fact that he is a good son? / The way he treats women / Or the way he is a master in the kitchen? / Is it the way he stands up for what is right / The way he is always fair in a fight? / Or is it in his heart, / Which pains when another is hurt?”

Filmmaker Shwetaabh Singh is in awe of Ayushmann’s poem on decoding the gentleman. He expresses, “If any other actor would have done it, it wouldn’t have been relatable. It is because of the roles he has done and the way he has opened a man on the screen — showing erectile dysfunction and other men’s problems he is showing on-screen — he is the perfect guy to come up with this poem.”

But stereotypes are not instant noodles that can be prepped in a hop, skip, and a jump. Psychologist Malini Saba believes the same. She says, “It all starts from our home sweet home. The parents, who are supposed to be unbiased teachers, implant all these stereotypes in their child’s mind. Society and other people around the child also influence the mindset in a big way.”

But why is this the case? The psychologist explains, “It is efficient. When we segregate human beings into genders, it becomes easy for us to judge or label them. The second reason is that it’s convenient for all of us to judge a gender based on their looks and behaviours rather than trying to understand each individual separately. Lastly, it is ego satisfaction; through stereotyping, we can form our own opinions about our (male) gender and think that the other (female) gender is in some way less than us.”

Recently, Australian all-rounder Glenn Maxwell and batsman Nic Maddinson took a sabbatical from cricket citing mental health reasons. The main point to be highlighted here is how they have been upfront about it. But the question to be asked here is does it put to rest the ‘Mard ko dard nahi hota’ ideology? Saba explains, “We are humans and we all are made by the same five elements. Everybody feels the same pain when they are going through a sense of emotional or physical turmoil, the intensity in men and women differ due to some genetic factors.”

The rise of (toxic) masculinity

Shwetaabh feels that the ‘great’ dialogues of Bollywood do shape up a society. “It is there in full flow but things are most certainly changing,” he believes. Actor and host Nitin Arora says, “There are two kinds of societies that exist; one that is very urban —  those who are living in metros and their thoughts are very upmarket and there is another society which is rural where masculinity is still ruling parts of the country.”

Is it the conversation or a starter?

While the video has garnered fans, is it endgame? Oliver Kumar, a student who has suffered his share of stereotypes, believes, “It is a moment but not a movement. At the end of the day, he would still go and dress like what an Indian young man should be,” he says. While Singh believes that every line in that poem is a conversation in itself that can be spoken for hours. “If you want to break the stereotype, go for the reality and show the reality of society,” he affirms.

So, who is a mard? It’s society’s turn to wonder now. Happy Wondering!

This website uses cookies to improve your experience while you navigate through the website. Out of these cookies, the cookies that are categorized as necessary are stored on your browser as they are essential for the working of basic functionalities of the website. We also use third-party cookies that help us analyze and understand how you use this website. These cookies will be stored in your browser only with your consent. You also have the option to opt-out of these cookies. But opting out of some of these cookies may have an effect on your browsing experience.
Necessary Always Enabled
Necessary cookies are absolutely essential for the website to function properly. This category only includes cookies that ensures basic functionalities and security features of the website. These cookies do not store any personal information.
Non-necessary
Any cookies that may not be particularly necessary for the website to function and is used specifically to collect user personal data via analytics, ads, other embedded contents are termed as non-necessary cookies. It is mandatory to procure user consent prior to running these cookies on your website.
SAVE & ACCEPT